We were halfway through our four-day backpacking trip on the Appalachian Trail. We were long past the beauty of the Potomac River, but too far from civilization or the promise of pizza to quicken our steps. It was late enough in the day that the morning excitement had worn off but not late enough in the day to eat our lunch of powerbars and a handful of raisins that would give us renewed energy. Our gear was new and our legs were rubbery and we hardly knew how to read a map, so it was good that the trail was marked with white blazes to keep us from following bread crumbs, though bread crumbs would have been more appealing. I would like to say that we were “in the groove” but it was more of a tired rhythm of marching and focusing on the boots of the guy in front of you. Four of us were hiking, like delirious Indians on the war path, yet not a word was spoken for fear of sounding out of breath so early in the day. At eighteen years old you still have your pride.

One of my three friends, in addition to a pellet gun, hatchet, a backpack full of canned goods, was also carrying a fly fishing rod encased in an aluminum tube that was so long it protruded from the top of his backpack. The protruding aluminum tube made him look like a human bumper car dragging it’s pole over the foliage roof to conduct electricity. The gravity of his backpack often pulled him to the rear of the group, and sometimes out of site behind us on the trail, but because the aluminum tube would sometimes pull him careening backwards when it got caught on low hanging limbs, we would try to position him towards the front of the group so that someone could catch him and prevent his untimely death. No one had the energy to haul him out of the woods, especially with all those canned goods. This is why we pushed him to the front of the four person line again that morning. Because it was the noble thing to do, and also because if the guy with the heavy backpack and the aluminum flyrod case was in front, the rest of us could go at a slower pace without feeling the pressure to speed up and save face with the guys. And so we marched: slow, quiet, delirious, with flyrod-boy in front.

And then, it happened. Rudely, like your alarm going off with the wrong radio station at 6am on a Saturday. . . right in front of us some big hippy dude appears out of nowhere and shouts in an uncomfortable, and rather ridiculous volume for his proximity, “HEY!!!” All four of us, despite the weight of our overstuffed backpacks, all jumped in shock. “WHAT IS THAT, A FOUR FOOT BONG?” the big hippy dude yells, not even waiting for anyone to respond to his abrupt morning-shattering, “HEY!” My friend with the aluminum fly rod case, now standing approximately twelve inches from the intruder of peace, can only state the basic facts of the intended use of the four foot aluminum tube and that LL Bean isn’t in the business of making marijuana paraphernalia. Then the four of us head up the trail like a bunch of angry, startled dwarfs. The silence of the morning had been broken, and we all began to vocalize which superfluous items from our packs we wished to use upon the big hippy dude: pellet gun, hatchet, canned goods, or aluminum fly rod case.

Mark, the companion of the Apostle Peter, is kind of like that big hippy dude on the Appalachian Trail. He doesn’t appear out of nowhere to shout in your face and inquire about smoking cannabis; and to my knowledge Mark wasn’t over six feet tall with a big beard and a braided ponytail, though he could have been. But the similarity that I see is that four times in the Gospel, Mark interrupts the flow of the story with an abrupt, “HEY!” The method that Mark uses to shout to us is by changing the language at a critical point in the story. This is Mark’s way of interruping our peace. He does this four separate times, deliberately, but not for shock value. I think it is to arrest our thoughts and cause us to pause and hear the voice of Jesus, because the four times the language changes, it is Jesus who is speaking. Mark, like the big hippy dude, wants to wake us up to hear Jesus.

Throughout Mark’s Gospel account there is a lot of focus on what Jesus is doing rather than what Jesus is saying, so that when Jesus does speak it should cause us to lean in and listen to His voice and consider what He is saying. The effect can only fully be grasped by reading the entire passages for yourself, but I want to highlight a few observations about the voice of Jesus and what Mark may want us to hear.

The little girl of Jarius had just died, but Jesus wanted to see her anyway, claiming “she is only asleep.” Then there is the tender moment when Jesus takes the little girl by the hand and says these words that Mark wants us to hear in Jesus’ own voice. Mark tells us that those who witnessed this scene were out of their minds with great amazement. This child, who was moments ago lying there dead, is now alive. This wonderful Jesus is someone who, “gives life to the dead and calls into existence the things that do not exist” (Rom 4:17). Now lean in and listen to His voice and remember hearing the time when He took you by the hand and called to your dead spirit, “I say to you arise.”

This is one of the few miracles that Jesus does in an elaborate way. Jesus put His fingers into the man’s ears, then He spit and touched the man’s tongue. Already our interest should be peaked, because this is uncharacteristic of Jesus. Then Mark wants us to hear the very word that Jesus used, so that we can almost stand beside them both and see the miracle. But then maybe some of us are the modern example of the man himself, and the story is a living parable. The man was deaf and could hardly talk. How similar to those with spiritual disability. Those who cannot hear also cannot clearly speak. Yet, why do we expect good things from those speakers who do not hear the voice of Jesus? “They are from the world and therefore speak from the viewpoint of the world, and the world listens to them” (1 Jn 4:5). It is only with the hands, spit and words of Jesus that we can hear and can stammer anything worth speaking.

In Christian culture we’ve become so familiar with the term Abba that it doesn’t cause us any pause. But it should. Though two of the other Gospels record this prayer of Jesus, only Mark uses “Abba”Father. It’s almost as if the other Gospel writers were uncomfortable using this term for Holy God, a term meaning “daddy” in the most endearing and juvenile sense of the word. We should be astonished by the use of this word, regardless of how common place it has become in our terminology. Remember, many people were offended that Jesus continually referred to God as His Father, so you can only imagine what surprise His humble plea to Daddy may have caused to those who heard it. But to increase the mystery of Abba, the Apostle Paul tells us that we now have the right to use this term too, through the Spirit of His Son. When Paul tells this to both the Galatian and Roman Church, you can almost hear the awe in his voice. Mark wants us to pay close attention to the intimacy of the Son and the Father, maybe so that we can learn from Jesus this same intimacy and learn to call our Father Abba.

Can you imagine the scene? Jesus pushing up on the single nail piercing His feet so that He can fill His lungs with air. Gasping as His body raises, He cries out with this short and desperate prayer. It is all that He can say before He sinks back down with the pain from the weight of His own body. He hangs again from His wrists, leaning forward, His lungs compressed inside His naked chest. This prayer from the cross is the only one recorded in which Jesus does not address God as His Father. I have counted no fewer than twelve other prayers of Jesus from the four Gospels, but it is this prayer that Mark wants us to hear in Jesus’ own voice, and in His own language. It is the only one in which God is not Father, but simply God. Beyond the simple answer of a fulfillment of prophecy, why does Mark want us to hear this prayer in Jesus’ own voice? Could it be to somehow comfort us knowing that Jesus Himself felt a separation from the Father that we feel ourselves sometimes? Or maybe to let us know that Jesus experienced profound separation from the Father caused by sin so that we would never have to?

It’s easy to reduce faith in Christ to a set of religious doctrines, or to relegate Him to a small corner of some creed mindlessly recited. It’s easy to diminish His life to some questionable historical occurrence or even to the 150 flat red letter pages of a dusty Bible. I can conveniently place Him at the end of a prayer like an “abracadabra” to get the things I think I need, like life, liberty, and the pursuit of happiness. For in all these places I can make Him safe.

But something wonderfully frightening happens when I acknowledge His present reality; when I accept that He is Jesus, living and breathing; and when I understand that He will stop at nothing, not even my own comfort, to draw me into His furious love. When I begin to listen to His voice.

This article was first published on Ryan McKelvey’s blog They Were Strangers, and is used here by Ryan’s permission.They Were Strangers is one of my favorite blogs. Ryan has a gift for distilling deep spiritual truths into a short, memorable article. (Most of his posts are much shorter than this one.) His writing calls us to a simple but radical faith. In addition, Ryan often illustrates his posts with his own drawings, which adds a personal and delightful touch.

How has God’s voice changed you?

2 thoughts on “Hearing the Voice of Jesus, by Ryan McKelvey” 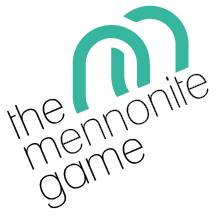